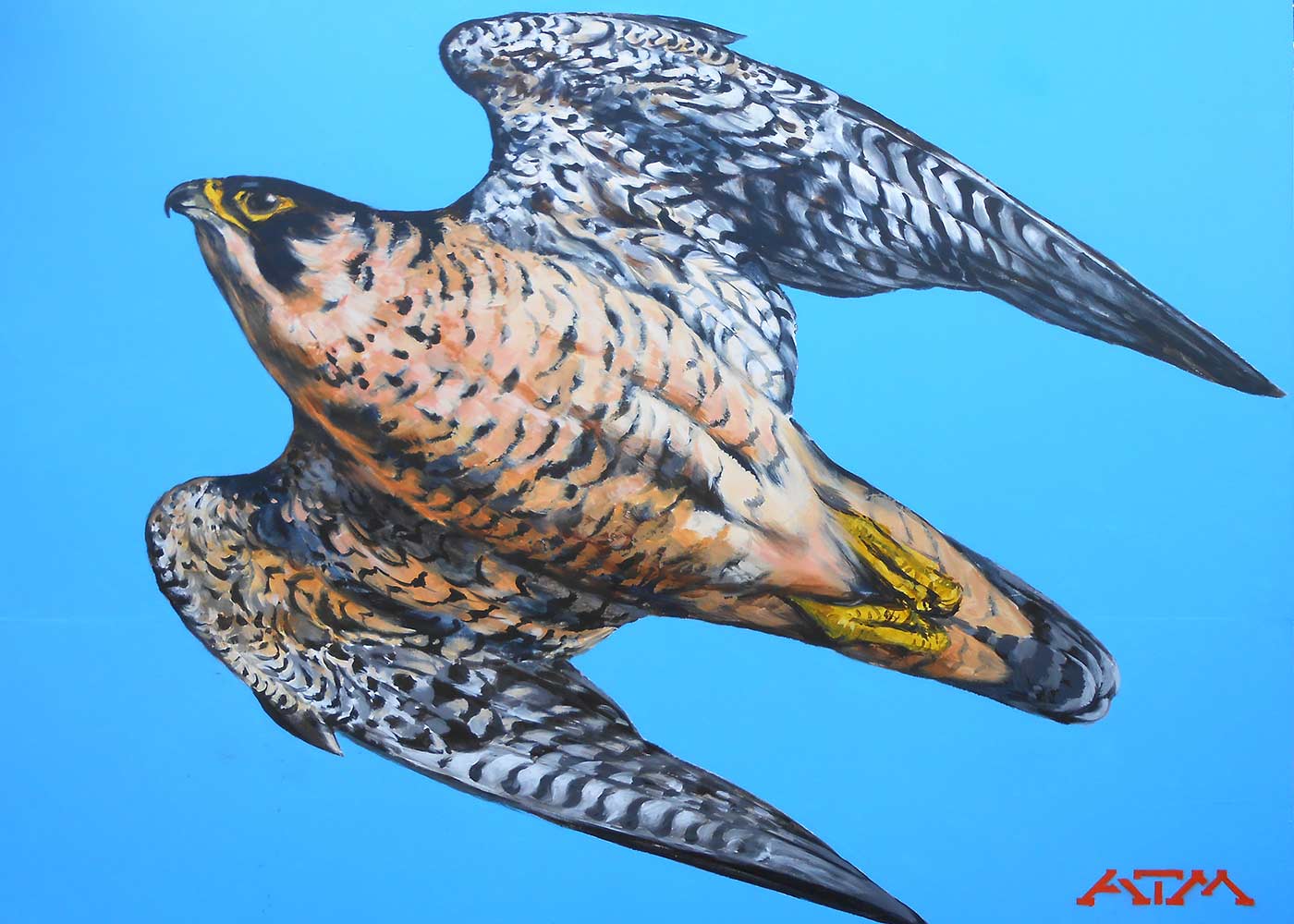 Peregrines are a great success story. Driven almost to extinction by the use of DDT pesticides which entered the food chain and caused the shells of their eggs to become so thin they broke before hatching, they have recovered since these were banned. But as with so many insecticides now in use, the producers of DDT campaigned vigorously for years to retain it, arguing that there was no direct evidence of the damage it caused and for its benefit to farmers.

Peregrines have found a novel way to live alongside human habitation, the skyscrapers of modern cities mimicking their natural habitat of sea cliffs and mountain ranges. They can now be seen hunting over the tower blocks of British cities, though they are still illegally persecuted in the hills and mountains.